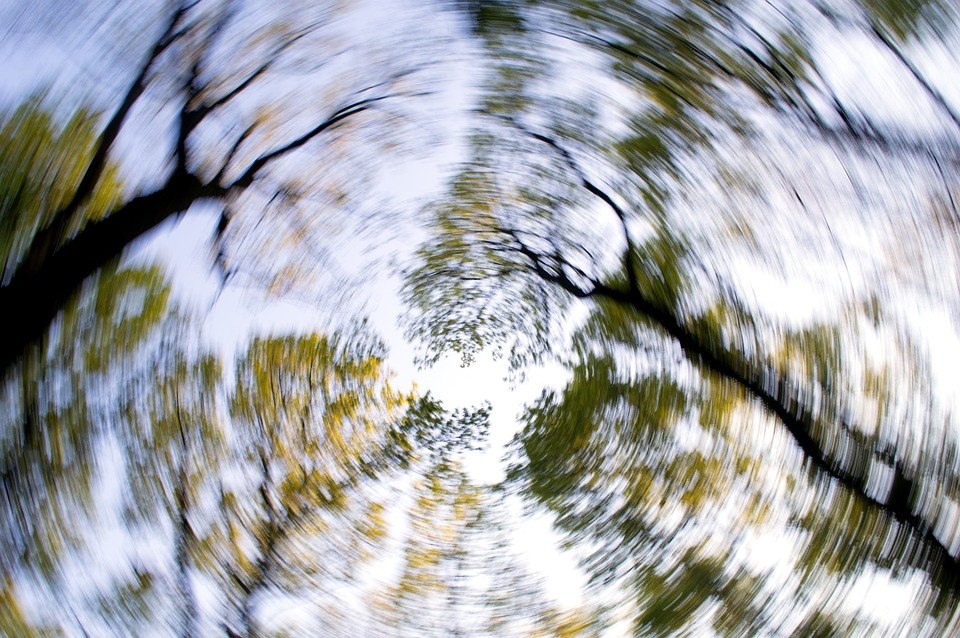 Benign Paroxysmal Positional Vertigo, or BPPV is the most common cause of dizziness in the United States. It occurs when structures called crystals inside the inner ear break loose. This causes the sensation of spinning, dizziness and often nausea. It is positional by nature, and is often felt when turning over in bed, or when at the dentist or hairdresser. These symptoms may last from days to months, and require treatment to resolve.

Positional vertigo has a long history and was first described in 1879 by Adler and then again in 1922 by Barany. However, BPPV as we know it today was not termed until 1952, by two British otologists; Margaret Dix and Charles Hallpike. They conducted a study on 100 patients with positional dizziness and noted the  movements of the eyes with different head positions. Furthermore, they concluded that the main causes of BPPV were following an infection, or some type of head injury.

Why do the Crystals Cause the Eyes to move?

We have 3 semi-circular canals in each ear – the posterior, anterior and horizontal. Inside each canal is fluid, called endolymph, which moves anytime we turn our head in a way that stimulates that canal. At the end of each canal are hair cells. As we turn our head, the fluid in these canals moves and bends the hair cells. This results in a signal being sent to our brain to let us know that we just moved. By reflex, our eyes move with the corresponding motion to the canal stimulated.

Julius Ewald, a professor at the University of Strassburg performed experiments in pigeons to learn how loose crystals which broke loose from the utricle, ended up in the canals caused the eyes to move.  He discovered that the eyes move in the same plane as the canal being stimulated. He also identified that in the posterior canal, the eyes move towards the side being stimulated by the crystals. However in the horizontal canal, the greatest response is seen when the fluid moves towards the hair cells within the canal. A lesser response occurs when moving away from the hair cells.

How do we know what the Inner Ear looks like?

In 1954, the first detailed view of the inner ear was obtained by ultrasound by Jan Wersall. He went on to perform experiments which showed there were hair cells inside the inner ear. From here, the relationship between the stimulation of the hair cells in the ear, and the subsequent movements of the eyes was revealed.

In 1962 Harold Schuknecht proposed that BPPV is caused when the crystals come loose from the utricle.  He suggested that these loose crystals in the posterior canal would change the way the inner ear responded to movements. This was confirmed in 1969 when crystals were seen to be attached to the hair cells in people with BPPV.

How have the Treatments developed over time?

Cawthorne’s exercises were the first to be used to treat BPPV. For this, the person was repeatedly moved into the position that caused dizziness, until the dizziness ceased. It was believed that this would would allow for compensation.

Brandt and Daroff were the next to adapt maneuvers successfully. In this treatment, the person would lay down on their symptomatic side, sit up for 30 seconds, and then lay down on the other side. This was to be repeated every 3 hours. After 7 – 10 days, 91% of subjects were symptoms free.

This treatment was further developed by Semont and Sterkers. In this maneuver, the person lay down on the affected side until the dizziness stopped. At this point, they moved rapidly 90 degrees to the opposite side.

Hall and Epley were the next two important figures in developing treatments. They produced models of the semi-circular canals, to explain how the crystals move.  Based on these models, Epley developed a treatment to re-position the crystals. In this treatment, the person lays down with the head turned to the symptomatic side.  They then turn the head quickly to the opposite side, before rolling onto the side with the head down. Finally they sit back up. This is now the most popular treatment for posterior canal BPPV.

Epley also deduced that to treat the horizontal canal, you would turn 360 degrees away from the symptomatic ear. This was further developed by McClure who identified treatments for the different directions the eyes move in this plane.

Treatment of the anterior canal is credited to Herdman and Tusa. They deduced the “head over heels” or deep head hang approach to re-position these crystals.

What do I do if I think I have BPPV?

The best thing to do is to make an appointment with your ENT, PCP, or PT trained in vestibular therapy. From here, tests will be performed to determine if you have crystals loose in any of the 6 canals, and refer you to PT for treatment.