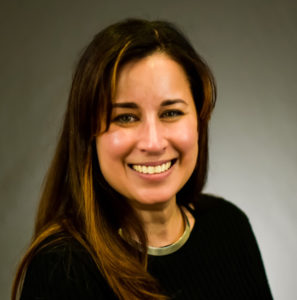 Madeleine Cissna has been practicing Audiology in the Washington metropolitan area since her graduation from Gallaudet University with an M.S. in Audiology in 1999. She earned a Doctorate of Audiology in 2007 from Salus University, as well as a B.S. in Hearing and Speech Science from the University of Maryland at College Park, and a B.A. from the University of Denver in Psychology. During a 13-year period beginning in 2001, Madeleine enjoyed a rewarding career working for the U.S. Army, starting at the Walter Reed Army Medical Center as a staff clinical audiologist, then advancing to Chief of Audiology in 2009. In 2012, she continued her work for the U.S. Army as Hearing Conservation Consultant at the U.S. Army Public Health Command in the Army Hearing Program. Following her career with the Army, Madeleine moved into the private sector joining Gentex Corporation’s Aegisound hearing protection and communications business where she worked as a Hearing Protection Specialist.

Madeleine loves being an Audiologist and appreciates the opportunity to serve patients of all ages. She grew up in Washington, D.C., and currently lives in Kensington, MD where she treasures time spent with her two children and their three dogs, Dooey, Kenny and Chloe.

“I refer my patients to Dr. Siegel and Dr. Bosworth because I know that my patients are going to receive excellent care. There is a true sense of collaboration between our practices, and the great feedback we receive from the patients substantiates this fact.”

“To me, Dr. Bosworth and Dr. Siegel are the “Nordstrom’s” of ENT. They provide the highest quality care and service. When I refer patients there, I don’t have to question the diagnosis or more importantly, their integrity. They operate when it’s necessary but are conservative in their approach – something I appreciate. The fact that […]

“Dr. Michael Siegel combines superb modern medical expertise with what used to be called an excellent bedside manner. This old fashioned term is increasingly welcome in an era of depersonalized medicine. I count myself lucky to be one of his patients (and my sinuses agree!)”

“I have known Dr. John Bosworth for approximately 15 years. He is an extremely competent physician and I only get positive feedback from the patients that I refer to him. He is also my ENT which should speak volumes.”

“I am happy to offer a testimonial about my wonderful 2+ decades of collegiality with Michael Siegel, MD. Michael is the consummate professional. He combines a gentle reassuring manner with technical expertise and superiority. In all of our years together, having sent hundreds if not thousands of patients (including myself) to him for surgery, Michael […]